“Raritan River Ways” was created by Leon Rainbow in New Brunswick, in Elmer B. Boyd Park overlooking the amphitheater entrance and Route 18. The mural was created as a commission from the New Brunswick City Government’s response to coLAB Arts’ oral histories collected from individuals who have been boating, fishing, and stewarding the Raritan River for decades.

Route 18 has disconnected New Brunswick from its waterway since the 1950s. Given the high visibility of this mural, we view #RaritanRiverWays is a form of wayfinding for the New Brunswick community and others to reconnect with the Raritan River. We see it as a reminder that we should all #lookfortheriver

Special Thanks to Leon, and to his assistants Radek and John Everyman for this beautiful gift for the City.

Thanks also to Michael Tublin, Keith Jones II, Daniel Swern and John P Keller for all your hard work to make this project possible! 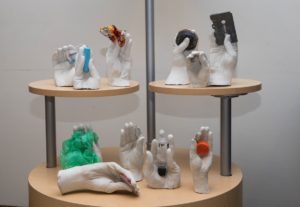 Join the LRWP and coLAB Arts for a “hands-on” watershed sculpture project at the September 23 Mercado in New Brunswick’s Joyce Kilmer Park.

What is the Watershed Sculpture Project?

This project is the result of a partnership between coLAB Arts and the Lower Raritan Watershed Partnership (LRWP). Our organizations seek to create awareness of the maturing visual arts scene in the Lower Raritan Watershed as well as the need for community involvement to restore local environmental health. coLAB Arts and LRWP coordinate volunteer clean-ups of area streams and from the refuse collected we identify objects to give to commissioned artists who then create original sculptures for public display.

In 2016 The Watershed Sculpture Project will work with the theme of “Frames.” We ask that all proposals incorporate this idea literally in the creation of a sculpture that frames the landscape and can be installed semi permanently along the Raritan River Waterfront at Boyd Park in New Brunswick. Additionally, we hope the work “frames” a conversation on how viewers can interact in more positive ways with New Jersey’s largest major waterway. 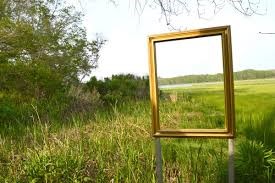 Examples of previous year’s materials may be found here: http://www.colab-arts.org/watershedsculptureproject/ Materials sourced have included, plastic bottles, shopping carts, wood, children’s toys, broken ceramics and glass, etc. coLAB Arts and LRWP have stockpiled a small collection of usable materials from previous clean-ups but will also organize a 2016 clean-up toward the end of August 2016 based on interest from selected artists. Because of project goals we ask that artists be cognizant of making their projects entirely or almost entirely of collected clean-up items. In addition, we ask artists to consider not using toxic adhesives or paints.

All sculptures will be displayed for two major events one week apart in Boyd Park in New Brunswick. Final sculptures should be constructed to survive in the park semi-permanently during the fall months. All work will then also have a year-long display at our permanent lobby-style gallery space in the Wellness Center Plaza in New Brunswick. 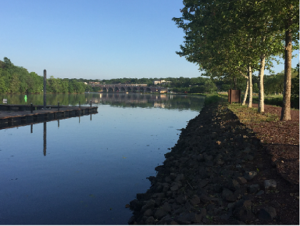 Please submit a simple proposal idea by August 15 2016 to:

Director of Education and Outreach