Photos and text by Joseph Sapia 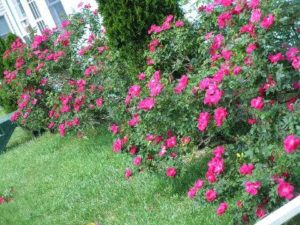 — “KNOCK OUT’ ROSES: The “Knock Out” roses are putting on a spectacular display, the best I recall since planting them in my yard in 2008.

— RACCOON/S AT THE BIRD-FEEDER: The battle continues between me and the raccoons at the bird-feeder. I have been putting the feeder in the garage at night, but the raccoon/s sometime beat me to the feeder. 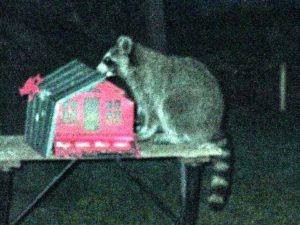 Raccoon at my backyard birdfeeder 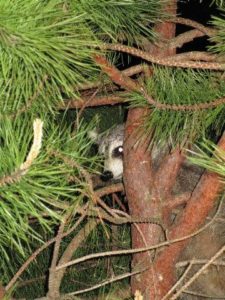 — CANADA GEESE GOSLINGS: Adult Canada geese are out and about with their goslings. The adults are amazing parents — and humans can learn from them, (Photo 6, at Helmetta Pond.) 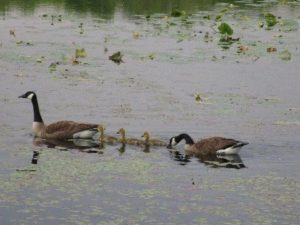 — NEW JERSEY STATE BIRD AT THE FEEDER: An Eastern goldfinch at one of my bird-feeders. Easily identified as a male because of the bright colors.

— GARDEN: I planted May 21 and a week later plants were sprouting, most noticeable the Mammoth Gray-Stripe sunflower. Although I do not use fertilizer or pesticides, I water regularly. Once the plants get going, I water before 10 a.m. so as not to lose water to evaporation as the day warms.

— BLACK BEAR MOVEMENT: Reports continue about black bear sightings in Central Jersey and across the Delaware River in Pennsylvania. I am surprised there have not been more reports closer to home. If a bear is sighted, it is likely a 1-1/2-year-old male, perhaps 80 to 100 pounds, looking for its own turf. (What to do when encountering a bear, http://www.state.nj.us/dep/fgw/pdf/bear/bearfacts_know.pdf.)

— YARDWORK: I trimmed the shrubs, then started cutting the grass. I have to finish the lawncutting today. I still have to plant black-eyed Susans.

— BLAST FROM THE PAST, CIRCA LATE 1960S: Paul Migut with an 8-horsepower roto-tiller at his Uncle Stanley “Pon” Ceslowski’s garden on Old Road at Helmetta Road, Monroe. Over the years, Pon, Paul and Jim Becker worked that huge garden. 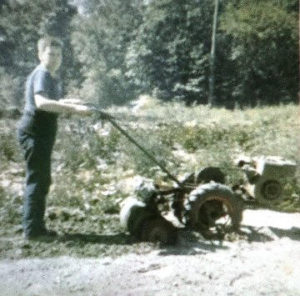 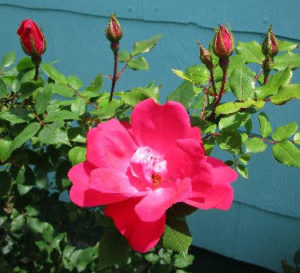 Joe Sapia, 59, is a vegetable gardener, who gardens the same backyard plot as did his Italian-American father, Joe Sr., and his Polish grandmother, Annie Poznanski Onda. Both are inspirations for his vegetable gardening. And he draws inspiration on the local Pine Barrens from his mother, Sophie Onda Sapia, who lived her whole life in the local Pines, and his grandmother. 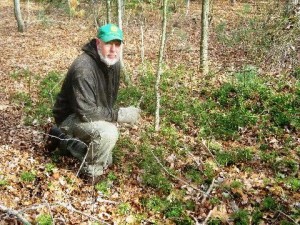 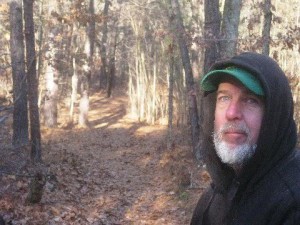 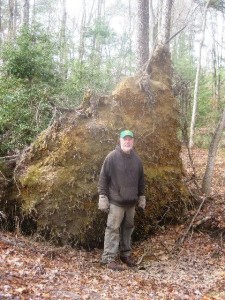 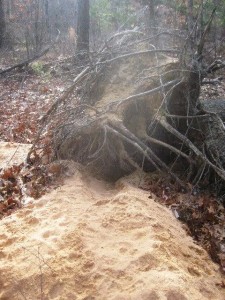 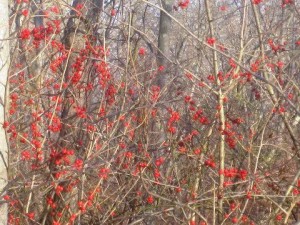