Dams are devastating to our stream systems and watersheds. They fragment our riverine habitat with cascading impacts including reservoir sedimentation, channel degradation, water quality effects, and blockage of fish migrations. Socioeconomic and cultural effects include loss of homes and livelihood, compromised access for recreation, concentration of heavy metals in the food chain, hydraulic undertows and drowning risks, and the potential for dam failure.

Dam removal takes a big picture view of River restoration, advancing an approach that prioritizes restoring the rivers’ ability to create, retain, manage, and reconnect watershed habitats, rather than man made attempts to direct flow or artificially create habitats.

It would be hard to find anyone who has advanced a clearer vision for a restored Raritan and improved watershed habitat connectivity than hydrogeologist John W. Jengo, PG, LRSP. John, a licensed Professional Geologist in several Northeastern and Southeastern states and a Licensed Site Remediation Professional in New Jersey, works as a Principal Hydrogeologist in an environmental consulting firm in southeastern Pennsylvania.

Over the last 30 years John has drawn on degrees in geology from Rutgers University (1980) and the University of Delaware (1982) to conduct the characterization and remediation of large, complex contaminated industrial sites throughout New Jersey, Pennsylvania, and Delaware. He played a key role in Natural Resource Damage (NRD) assessments that led to groundbreaking legal settlements to remove numerous low head dams on the Raritan and Millstone Rivers to restore historically significant migratory fish spawning runs. As technical project manager, he planned, permitted, and successfully managed the removal of the Calco Dam, the Robert Street Dam, and the Nevius Street Dam between 2008-2013, and the removal of the Weston Mill Dam on the Millstone River in 2017, along with leading the archaeological investigation of the former Weston Mill in the Borough of Manville and Franklin Township.

The Lower Raritan Watershed Partnership thanks John for developing a blog series that provides a history of four of the dams in the Raritan Basin, the problems they have caused, and the process of their removal. In this series of posts about the Calco, Nevius, Robert Street, and Headgates dams, John highlights his big picture view of restoration: reconnecting the Raritan River habitat.

Click on the links below to read John’s story of dams and dam removal on the Raritan Basin. 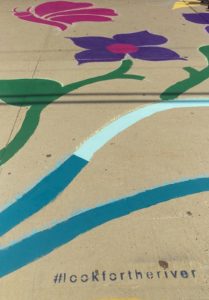 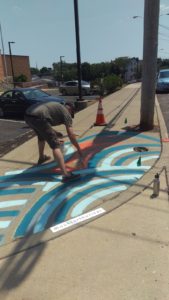