The sentinel red shale cliffs host a garden of moss, wildflowers and lichens as they stand watch over the meandering South Branch. The wandering river has its way after honoring the boundary set by this shale outcrop

The meandering South Branch has changed much of its course over the decades, restrained in its wandering, only by the presence of red shale cliffs that mark its course.

In an area of rolling hills, flood plain and the absence of field stone, the last thing you’d expect to see is a cliff. The cliffs are an exposed edge to the earth’s crust, forced above ground by never ending geologic activity along a fault line.

Growing up along the lower Raritan, there wasn’t a cliff to be seen. So when I ventured upstream in later years, the presence of a cliff was a big deal. It added drama to my paddling adventures. A genuine, bonafide cliff, like the ones you see on TV and in the movies, where heroes hung by their finger tips and from which villains fell to their death.

To top it off, these cliffs are red, well really maroon, which set them apart from any other cliffs, most of which are composed of hard gray stone.

I cannot paddle past one of these outcroppings without looking for some sign of a petroglyph. Shallow carvings made in stone by paleo inhabitants. What paleo hunter/gatherer would not leave some indelible sign on those giant billboards untouched by seasonal floods? Haven’t found any, but still keep looking.

One thing I did find is a shale slab underwater, etched with the name, “J N Stout”, followed by a roman numeral. Stout is a name common to the area of some of the earliest settlers. That inscription still remains a mystery. It would make sense to use that cliff as a boundary marker, even early 20th century deeds listed trees and rocks to mark property lines.

Surely there must be some sign from paleo travelers scratched into those cliffs. Perhaps when the light is right, a shadow of a deer or a turkey will magically appear on that red stone tablet, a testimony to a successful hunt from post glacial times.

While not finding ancient artifacts of human origin, there are ancient travelers who set down roots in the cliff face. To my amazement, columbine, a native wild flower, flourishes only on the cliffs and flowers in the April/ May timeframe.

Portions of the cliffs, shaded from the sun, will be covered with a carpet of thick, dark green moss and scattered patches of the pale green lichens, to compliment the dark maroon shale.

It was beneath one high shaded cliff, notched with narrow ledges, that I silently walked, searching for photo ops. The cliff on one side and the river on the other, separated only by a few paces, my steps were confined to one narrow trail.

Suddenly, the sound of frantic scrambling in the leaf litter on a small ledge just above, got my full attention. A red fox had been sunning comfortably, protected from the wind and safe from any danger. Now, as it scrambled to escape my presence, it slipped and fell, as leaf litter rained down upon my head. Fortunately, the fox regained solid footing and headed for parts unknown.

The cliffs held another surprise for me as I paddled by on a bright sunny day in the early spring. It was a time when large flocks of geese gathered on the river. In the distance, the river made a sharp bend to the left, directly opposite a high, bare faced shale cliff.

The noise the geese made was deafening, a misrepresentation of the few geese that were visible. The greater mass of the flock was out of sight, downstream of the bend. At first glance, the overwhelming noise, out of proportion to the geese that could be seen, amounted to an auditory hallucination and set the stage for what was yet to come.

As expected, the massive flock exploded into flight as I got closer. The sound was undiminished, though the geese were out of sight, below the river bend.

I suddenly realized I was watching the endless shadows of the geese that I could not see; fly across the face of the cliff.

Because the sound the geese made echoed off the cliff and only the shadows were visible, it appeared the shadows were the source of the sound. The cliff acted as a giant movie screen complete with sound track and shadow puppets in the form of geese.

So, it is with awe and expectation that I look upon the stalwart cliffs as timeless reference points, immovable sentinels that add beauty and dimension to the scenery along the North and South Branch, their tributaries and the upper Raritan River.

Author Joe Mish has been running wild in New Jersey since childhood when he found ways to escape his mother’s watchful eyes. He continues to trek the swamps, rivers and thickets seeking to share, with the residents and visitors, all of the state’s natural beauty hidden within full view. To read more of his writing and view more of his gorgeous photographs visit Winter Bear Rising, his wordpress blog. Joe’s series “Nature on the Raritan, Hidden in Plain View” runs monthly as part of the LRWP “Voices of the Watershed” series. Writing and photos used with permission from the author. Contact jjmish57@msn.com. See more articles and photos at winterbearrising.wordpress.com. 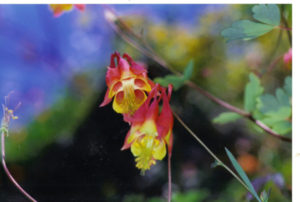 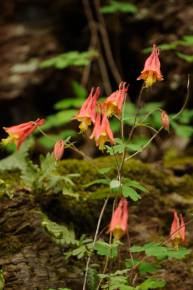 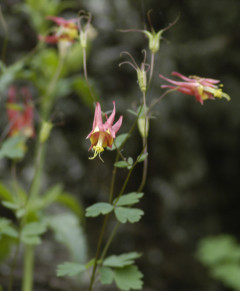