How should we assess areas for habitat connectivity in our urban watersheds? How can we build support for biodiversity planning in our urban core?

In this half day workshop we will learn how to use tools developed by NJDEP to help assess habitat connectivity needs, and hear from NY/NJ Harbor Estuary about findings from recent citizen science connectivity assessments.

To kick things off, we will hear from Isabelle Stinnette with NY/NJ Harbor Estuary Program who will discuss findings from their Aquatic Connectivity Through Climate-Ready Infrastructure Project. This project uses the North Atlantic Connectivity Collaborative protocols (www.naacc.org) in concert with a hydraulic model to make recommendations for connectivity restoration in New Jersey watersheds.

Following Ms. Stinnette’s presentation we will hear from NJDEP zoologist Brian Zarate and his team who will introduce the statewide habitat connectivity plan called Connecting Habitat Across New Jersey (CHANJ), launched last year by the NJ Division of Fish and Wildlife. NJDEP will provide an overview of the major tools that CHANJ offers to guide a multi-scale, all-hands-on-deck approach to improve landscape and roadway permeability for wildlife, demonstrate the new interactive, web-based CHANJ Mapping tool, and show how it can be used to help guide land protection and management and to mitigate barriers to wildlife movement – goals that are particularly urgent in the face of climate change and urbanization. 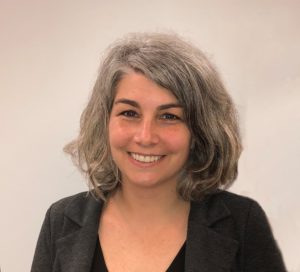 Isabelle Stinnette is the Restoration Manager at the New York – New Jersey Harbor & Estuary Program (HEP), where she runs the inter-agency restoration work group, tracks restoration progress in NJ and NY, and works with partner agencies to further habitat restoration efforts.  Prior to joining HEP, she worked for the NYS Department of Environmental Conservation (DEC) as a Restoration Biologist as well as Research Technician expediting storm recovery and resiliency projects.  Isabelle has a M.S. degree from the School of Marine and Atmospheric Science at Stonybrook University and a B.A. from St. Lawrence University. 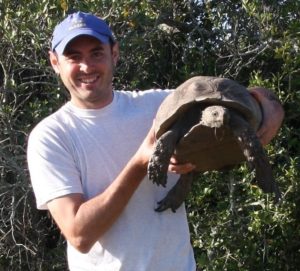 Brian Zarate is a Senior Zoologist with the New Jersey Division of Fish and Wildlife’s Endangered and Nongame Species Program (ENSP).  He coordinates the state’s reptile and amphibian conservation work and leads a statewide wildlife initiative called Connecting Habitat Across New Jersey (CHANJ).  After receiving his BS in Natural Resource Management from Rutgers University in 2001, Brian worked for the U.S. Forest Service in Alaska and then returned to New Jersey to begin employment for the Division. Until 2007 Brian worked under contract for the state through the Conserve Wildlife Foundation of New Jersey not-for-profit agency and then was hired by ENSP later that year.  Brian serves on committees and boards for the Wildlife Habitat Council, American Turtle Observatory, NRCS, and the Highlands Council.  He’s currently a national co-chair for Partners in Amphibian and Reptile Conservation (PARC) and a long-standing member of the Northeast PARC steering committee.

The LRWP explains why we need improved habitat connectivity, especially in our urban areas

REGISTRATION REQUIRED. Registration closes 6 PM Sunday May 3. Registrants will receive a link to the training on Sunday evening in advance of the Monday session. 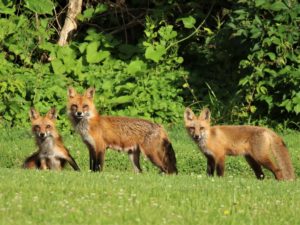 Two yearling bears curled up to sleep in a jumbled embrace, to form a single pile of pulsating fur, from which random legs protruded.

Upon waking, one bear walked downhill 500 paces to its right, the other 500 paces left, each bear seeking to satisfy its thirst in the nearby streams.

Rested and full of adventure, thirst satisfied, both bears began to follow their respective stream in the direction the water flowed.

The two streams, arising from springs, on each side of a common ridge, a mere half mile apart, lead to the state’s opposite coasts. Together the streams form a direct pathway from coast to coast.

We live in a provincial world defined by geopolitical borders, reinforced by the scale of our self-imposed home range. When we travel US route 1 in New Brunswick, we never consider that if we go straight, instead of turning into Chipotle, we end up in Caribou, Maine or the Florida Keys. Same situation as the two bears.

Whether tracing the tracks of a rambling bear down a watery trail to the coast, or a paved highway to opposite ends of the continent, we begin to see a connectivity to distant places.  Artificial borders fall away and perspective comes into focus. Taken to the highest resolution, we see that celestial events in the cosmos dictate the requirements and conditions for life on earth.

Adjust the resolution and closer to home we see the Atlantic flyway, a major bird migration route from the arctic to Mexico. Events at either end of the spectrum and along the flyway, can have a dramatic impact on population dynamics of many species.

Preserved lands like the Rachael Carson National Wildlife Refuge in Maine and the Edwin B. Forsythe National Wildlife Refuge in New Jersey are just two of many areas critical to migrating, nesting and overwintering avian activity. Private lands cannot be overlooked and must be appreciated for their valuable contribution outside established state and federal refuges and wildlife management areas.

On a smaller scale, though still expansive, is the critical need for linear greenways in an area broken into isolated segments of habitat.

Many reptiles, amphibians and furbearers are impacted. Isolated populations require a critical amount of genetic variation to remain viable into the future.

Slow moving turtles such as the bog and eastern box turtle are especially threatened. They are now exposed to predators and cars on their journey to lay eggs or migration forced by habitat loss. To celebrate the establishment of isolated patches of open space is misplaced, if a pathway is not considered.

Concerned with isolated habitat and lack of greenways connecting them, the State of NJ, Dept of Environmental Protection, Natural and Historic Resources, Div of Fish and Wildlife, has established a program to examine the impact of isolated habitat and genetic variation. Their program is CHANJ- Connecting Habitat Across New Jersey.

“The goal of this project is to collect DNA samples from a variety of native, terrestrial mammal species across NJ that represents the spectrum of movement capabilities. The genetics analysis will help us understand the impact of landscape fragmentation and road barriers on wildlife mobility.”

I have volunteered to participate and collect tissue samples from roadkill or harvested animals. Please contact me if you spot a fresh roadkill other than deer; jjmish57@msn.com

Far away places exist only in our limited imagination, programmed with a distorted sense of scale. Put one foot in front of the other and see where it leads.