UPPER MILLSTONE RIVER EAGLE NEST: Last year’s pair of bald eagles, “Haliaeetus leucocephalus,” has returned to its nest along the Millstone River corridor on the boundary of Middlesex and Mercer counties. Last year, the nest fledged one eaglet. The state Endangered and Non-Game Species Program (within the Department of Environmental Protection’s Division of Fish and Wildlife) has named Anne Price, a professional naturalist and fellow Monroe, Middlesex County, resident, and me as the volunteer monitors for the nest. The eagles were still in pre-nesting phase, but we expect an egg or eggs to be laid any day now. More good news to follow next week. (In the 2017 state eagles report, http://www.state.nj.us/dep/fgw/ensp/pdf/eglrpt17.pdf, this nest is listed as No. 184.) 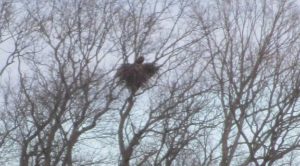 A bald eagle perched on the Upper Millstone River nest on the boundary of Mercer and Middlesex counties. This pair appears ready to lay an egg or eggs soon.

SNOWFALL: The Wednesday, January 17, snowfall in the part of Monroe between Jamesburg and Helmetta, Middlesex County, was about 1.0 inches, bringing the seasonal total to about 17.0 inches. (The seasonal average, measured at New Brunswick about 7.5 miles away, is 25.8 inches. So, we need only about 9 more inches to hit the average and we have about 3 months of snow time left.) 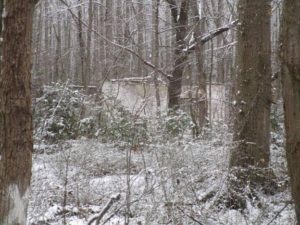 Snowy woods with an abandoned building on Federal Road in Monroe, Middlesex County. 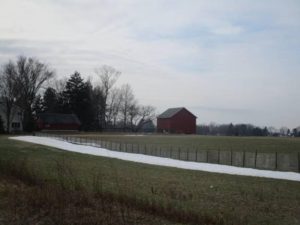 Here, on Main Street in Cranbury, Middlesex County, snow has deposited on the downwind side of the snowfencing. This same concept is used to contain blowing sand on beaches.

CANADA GEESE: I have been seeing a lot of Canada geese, “Branta canadensis,” on farmland, presumably helping themselves to leftover field corn in these fields. And I keep an eye out to see if there is anything else mixed in with these Canadas, perhaps a snow goose, “Chen caerulescens.” 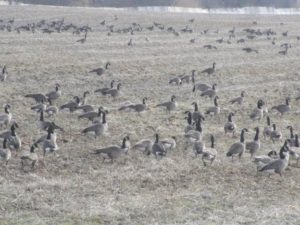 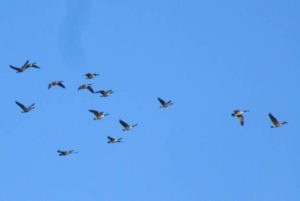 BIRDS AROUND THE YARD: We have an incredible world of nature around us in New Jersey. We are at a prime location, where northern and southern animal and plant species meet. One easy thing to do is take time to view the birds in one’s yard. I feed them, using sunflower kernels/hearts nyger. (Last year, though, I stopped feeding birds in the summer, letting them serve as a natural pesticide in my yard. This year, I may extend this feeding ban beyond June, July, and August to a greater gardening period.) 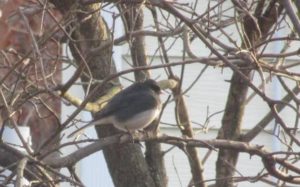 It is a “snowbird” – or dark-eyed junco, “Junco hyemalis” – but it is bundled up against the cold. This junco, in an oak, genus “Quercus,” in my sideyard, has its feathers fluffed to protect it against the cold. 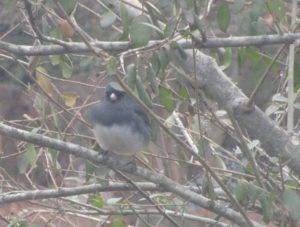 This photograph shows the “dark-eyed” in this dark-eyed junco. This bush in front of my living room window is a fun place to watch birds.

Mourning doves, “Zenaida macroura,” huddled under the flowering quince bush in my backyard.

COASTAL PLAIN BODIES OF WATER: The Jersey Midlands is divided into two geological provinces – the rolling and rocky Piedmont to the west and the flatland, either sandy or gravely, to the east. (The Coastal Plain can be divided into the Outer, or sandy, white soils of the Pine Barrens and beach, and the Inner, the darker, gravely soil conventional farming areas. For the sake of this story, we will talk of the Coastal Plain as one province.) Because of its flatness, there are few, if any, natural bodies of water on the Coastal Plain; Instead, they are human-made, often by dams holding back waterways. In Middlesex County, on the boundary of Helmetta, Monroe, and Spotswood, there is now-dry Lake Marguerite. It was formed by the damming of Manalapan Brook, but has been dry since the 1920s or so. The other day I shot photographs of its old dam. 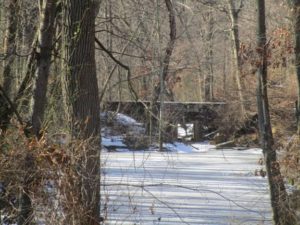 The remnant of the Lake Marguerite dam on Daniel Road-10th Street on the boundary or Spotswood and Monroe, Middlesex County. 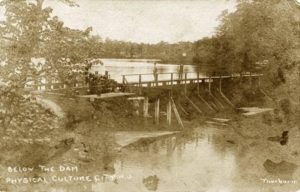 “OLD JERSEY”: As the Jersey Midlands develop, I am glad to run across “Old Jersey” remnants. Across the street from my house is one of them with an environmental twist – a “Prevent Forest Fires” sign. This sign might be the same one I have seen over all my 61 years. (Just to point out: There has been a different way of thinking on fire. For example, fire is good for the ecology of the Pine Barrens, such as where I live; But it is bad for people.) 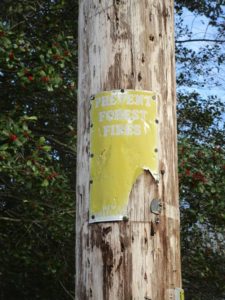 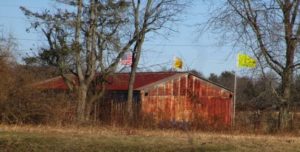 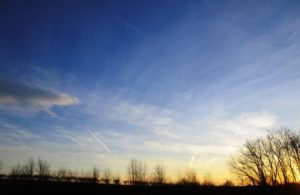 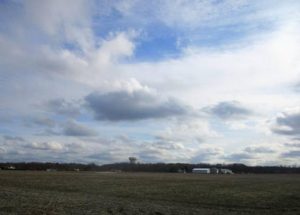 Monroe, between Applegarth and Wyckoff’s Mills.

ATLANTIC OCEAN TEMPERATURES: The Atlantic Ocean temperature in New Jersey ranged from about 36 to 37 degrees. 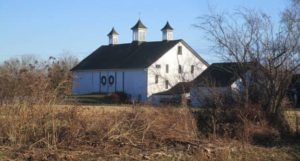 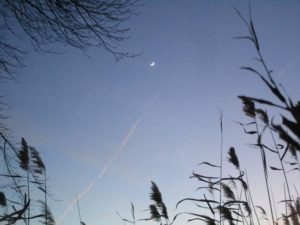 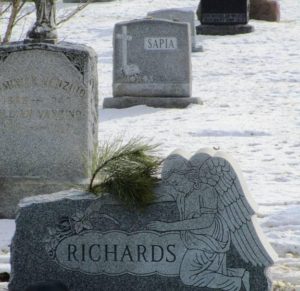 Ralph “Rusty” Richards, 85-years-old, a mentor of mine in the Pine Barrens around Helmetta, was buried this week in St. James Cemetery in the part of Monroe between Helmetta and Jamesburg, Middlesex County. As his obituary read, “He was an avid woodsman with an extensive knowledge of the local pine barrens….” I left this bough of pitch pine, “Pinus rigida,” the most common pine in the New Jersey Pine Barrens, on Rusty and his wife’s, Mona’s, gravestone. The cemetery is in my neighborhood and Rusty’s grave is a neighbor of my parents’s, Joe Sr. and Sophie Onda Sapia’s, grave. (My maternal family, the Onda-Poznanski family, has known the Richards family for 100 or so years.)

— Joseph Sapia
2018, January 21, Sunday,
A woodsman of the Pine Barrens of Helmetta