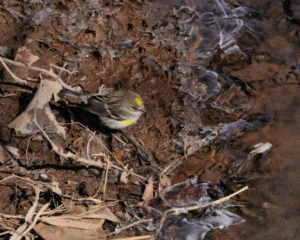 February is midwinter’s better half, given it is two days shorter than any other month and two days closer to spring, a virtual, ‘get out of winter free, card’. The significance of those two missing days provides a powerful psychological boost to soothe winter doldrums and seasonal affective disorder accumulating since December.

Although spring is the ‘finish line’ for surviving winter, the early days of spring are often indistinguishable from winter weather. This demonstrates that our characterization of the seasons is based more on legend than reality, especially when a lingering winter feels like an eternity.

Moving from impressionable feelings and missing days to more tangible evidence, February provides many visual clues that spring is around the corner. Its 28 days are a prelude or appetizer, stirring the emotions, building anticipation for the main event, the first day of spring.

To see visual clues we need light and light is what February delivers. In 28 short days we gain about an hour of day length, most evident to causal observers by noting the later time of sunset.

The increasing day length triggers a response in people and animals as we see the start of bird migration, courtship, flowers and tree buds.

Bird migration is one of the most colorful visual cues that winter has run its course. The milder the winter the earlier migration begins. Migration may be local, as with bluebirds or two thousand of miles away for many of the colorful warblers.

Late February usually marks the very beginnings of small bird migration north. Our rivers, streams coastlines and even interstate roadways provide linear pathways for migrating birds. The most colorful and plentiful are the myriad of warbler varieties. It is not unusual to see a bright flash of color darting along the riverside in late February despite shoreline ice and cold weather. A band of north bound travelers may find temporary shelter during a cold spell on south facing hillsides or in brush along steep river banks, protected from the wind and saturated with full sun.

Hawks are usually seen now in pairs as they bond prior to nesting. The owls hooting on cold winter nights and local bald eagles may well be incubating eggs. 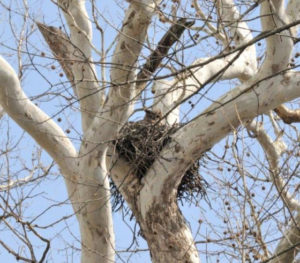 Muskrat, mink and fox are out and about in a courting mood. This is the time to scan fields for red fox roaming the countryside looking for mates. Love is definitely in the air. 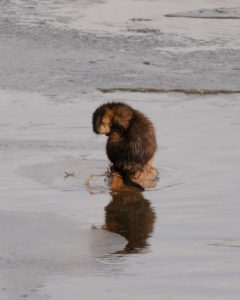 Male white-tailed deer have dropped their antlers and females are heavy with fawns as day length triggers hormonal changes to alter behavior and ensure best chances for winter survival. Now is a good time to walk the fields and woodlots to look for dropped antlers. 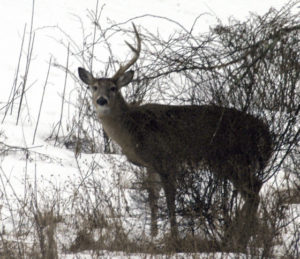 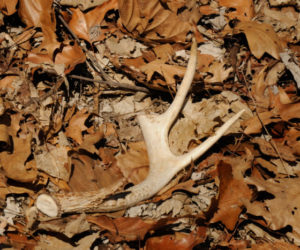 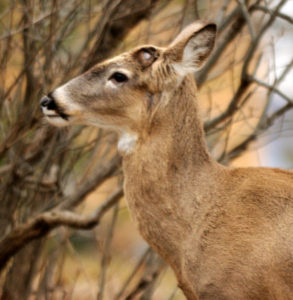 A buck has dropped one antler, the other will soon drop perhaps when it jumps a fence. A dropped antler charcterized by an irregular base. Antler buds after the antlers drop. Within a couple of months, the antlers will begin to sprout from these buds surrounded by viable tissue with a velvety appearance that readily bleeds if injured. 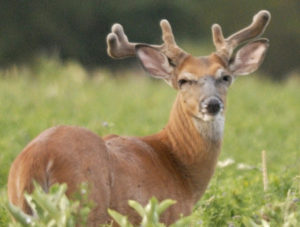 The first and most consistent sign of spring for me is the blooming of snowdrops, en masse on a hillside, near where I usually launch my canoe on the South Branch. As cold as it might be, the sight of those tiny white flowers gives me inspiration, fires my energy and issues a solemn promise of the return of spring. 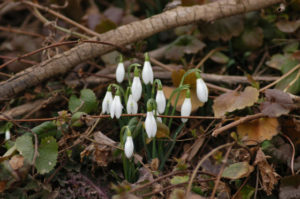 By February, the deep red leaf buds, on the trees that line the river, stand out against brown and gray interlaced branches. When viewed at a distance, the contrasting colors are enhanced as they take on a solid appearance as if created by long horizontal brush strokes in a painting.

A full moon will occur on February 11th to light up the night, as a compliment to the lengthening daylight, to make February a well lit marquee announcing next month’s arrival of spring.